Spain has often been considered to be a country with great geographical positioning. As a peninsula, it is mostly surrounded by water and is joined to France by the Pyrenees Mountains.

It is on the South Western side of Europe and it controls the divide between the Atlantic ocean and the Mediterranean sea.

But that’s not all! Spain is also incredibly close to the African continent. If you stand on the Southern edge of Spain and stare out across the sea, you can see North Africa in the distance! (As long as the day is clear, of course!)

If we’re being specific, Spain is incredibly close to Morocco, in particular. This is because Morocco is situated in North Africa and has a point that protrudes out towards the North, reaching out to Spain.

And Spain equally has a southern point in the country that protrudes out further towards the South, reaching out to Morocco. So these two points are almost touching and there is just a narrow space of sea between them.

But just because they’re almost touching on a world map doesn’t mean that they’re super close in real life. It’s not like you can just swim over (although it’s certainly possible to do so if you’re a professional long-distance swimmer).

So…how far is Morocco from Spain? What is the exact distance between them? Are there good travel options between both places? How easy is it to get from one to the other?

We can answer all of these questions and more. So let’s get right into it!

Distance Between Spain and Morocco 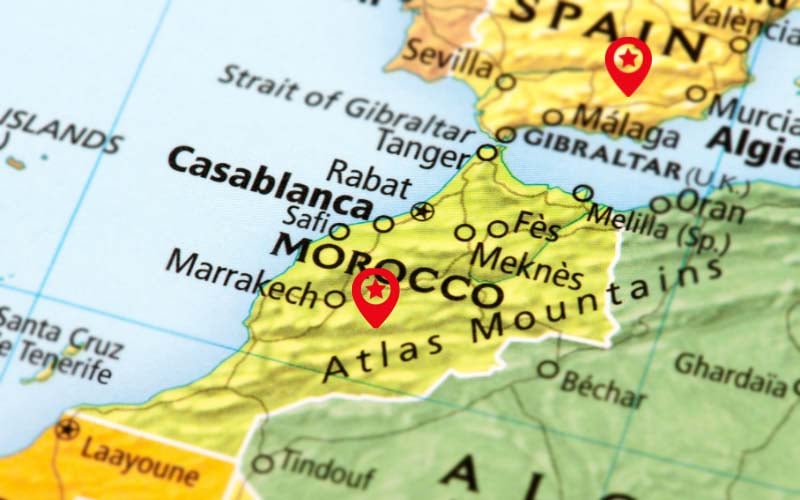 The concepts of near and far are always relative to the context and to what you personally consider to be near or far in any given situation.

So instead of deciding whether Morocco is far from or near Spain, we will talk about the exact distance between them.

Technically speaking, the shortest distance between Spain and Morocco is 0, because Spain has territories within Morocco itself. But we will talk about these later, as they are a more complicated matter.

The Strait of Gibraltar is the channel that connects the Mediterranean Sea with the Atlantic Ocean and it is the body of water that separates Spain from North Africa.

The exact distance between them, in this case, is just 8 miles, between Point Marroqui (in Spain) and Point Cires (in Morocco).

As for the distance for travel, the most common ferry route between Spain and Morocco is that between Tarifa (in Spain) and Tangier (in Morocco).

The distance between both is 20 miles, with the ferry taking just over an hour in time to get from one to the other.

Traveling From Spain to Morocco

Now that we’ve talked about the distance between Spain and Morocco, you will likely agree that both places are pretty close to one another, and they’re essentially close neighbors.

That makes travel quite easy, as it really doesn’t take much time.

There are many options, with the traveling methods essentially being by ferry, or by plane.

Traveling by plane is the better option if you are in parts of Spain that aren’t the South, as then you’re quite far from the ferry option and would have to travel a fair bit to get there, to then go to Morocco.

There are many airports with flights that connect both countries, so it’s all about finding the one most convenient to you!

The ferry is usually considered to be the best option of travel between Spain and Morocco and it is also the cheapest. Not to mention that it’s great for taking your car over and for having unlimited baggage!

There are several ferry routes, with the two most popular departing from Barcelona and Tarifa.

The main ferry route is that of Tarifa, which goes straight to the city of Tangier (in Morocco). Although you can also get a ferry that goes to either Ceuta or Melilla, which are Spanish territories within Morocco.

The ferry from Tarifa to Tangier takes just over an hour in time and covers 20 miles of distance.

Spain Within Morocco – Ceuta and Melilla

Throughout this article, we have mentioned two places in Morocco that are actually territories belonging to Spain: Ceuta and Melilla.

These two places are essentially autonomous cities belonging to Spain but are geographically located within Morocco. They are fully Spanish and recognized as such, and both have their own military post and port.

Historically, these two cities have provided Spain with a great tactical advantage, as they help control the entrance to the Mediterranean Sea.

Ceuta and Melilla have a long and interesting history, but they’re not a rare occurrence. In fact, it’s not that strange at all to see a different country’s territory within the geographical territory of another.

Quite nearby, in the south of Spain, close to Morocco, we find Gibraltar, which belongs to the United Kingdom!

Do Spain and Morocco Get Along?

Seeing how Spain and Morocco are so near each other, with travel being easy, one can start to wonder about the relationship between both countries. How do they get along?

Sadly, not very well at all. The relations between Spain and Morocco are very intense and full of conflict.

To provide you with some context, it’s important to know that once upon a time, Islam conquered a great part of Spain.

From the year 711 to the year 1492, Muslim forces held great power within the Spanish peninsula and they knew it as Al-Andalus.

It took Spanish forces many years to re-conquer their territories and finally push the Muslims out, but the Muslim influence was there for so long that it left a lot in regards to culture, art, lifestyle, and more.

This is why the South of Spain has so much Muslim art and culture and it is where Moorish culture (a mixture of Christian and Muslim) was born!

Now, you’d think this is something from the past, but many Muslims in the North of Africa dream of re-conquering Al-Andalus, and many Spanish people are wary of this. This drives both cultures to have a complicated animosity, despite their many similarities.

Then, there is the whole ordeal with Spain having two territories within Morocco, which of course, does not make Morocco happy. After all, what country would be okay with having another country have a chunk of their land?

It’s the same with Spain not quite being happy about the whole Gibraltar situation with the United kingdom!

But despite all of the tension and the conflict between both countries and cultures, Morocco is an official ally of the Western countries, and so of Spain.

So technically, they are at peace with one another. Sadly, that doesn’t take away from the civil unrest between both and the conflicts that arise on the borders of Ceuta and Melilla.

To sum it up, Morocco isn’t far from Spain at all, as both countries are quite nearby, separated mainly by the Strait of Gibraltar (the channel that connects the Atlantic Ocean with the Mediterranean Sea). 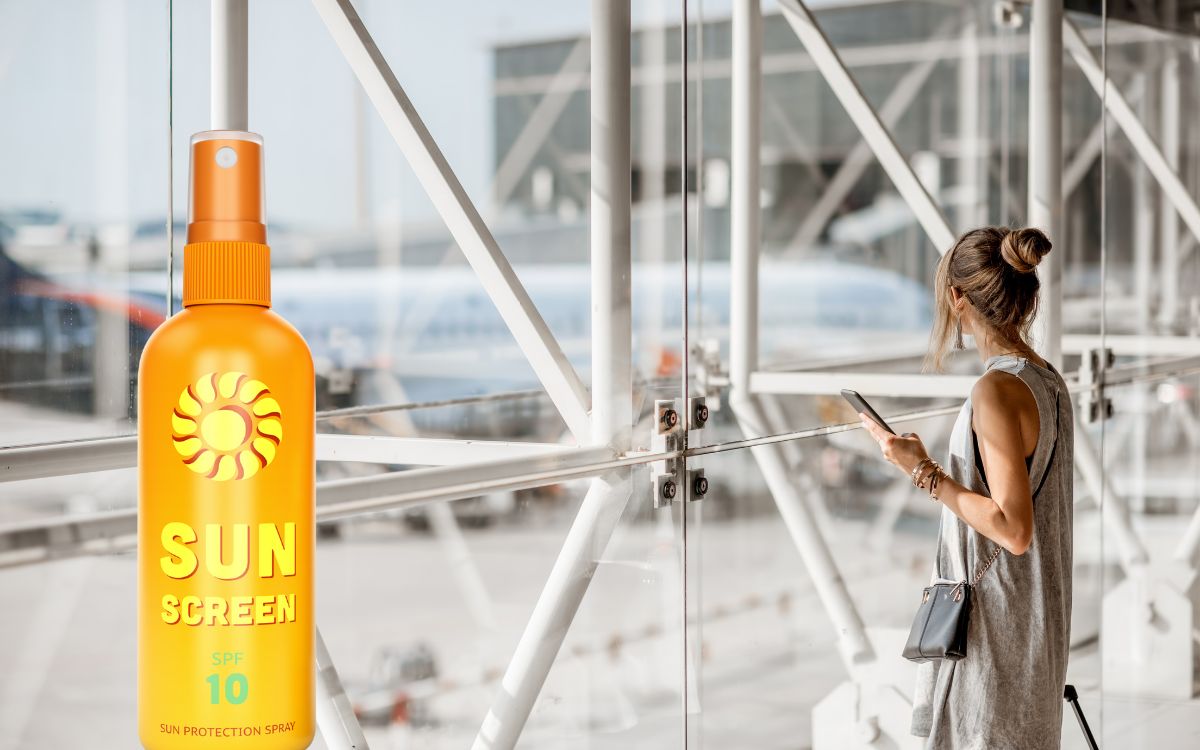